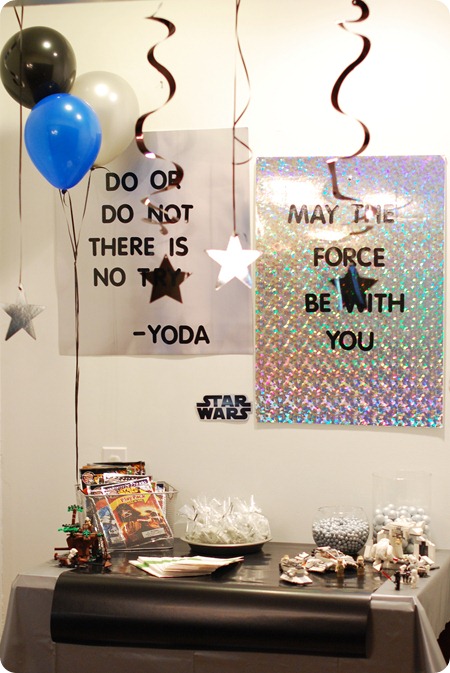 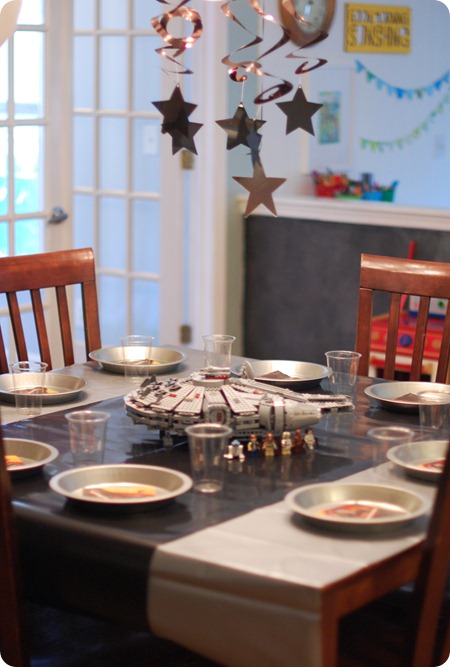 I used silver pie pans from the Dollar Tree for the plates.
I really loved this idea.  I love finding something interesting, cheap and reusable for party ware.
Will be using them again for the next birthday coming up! 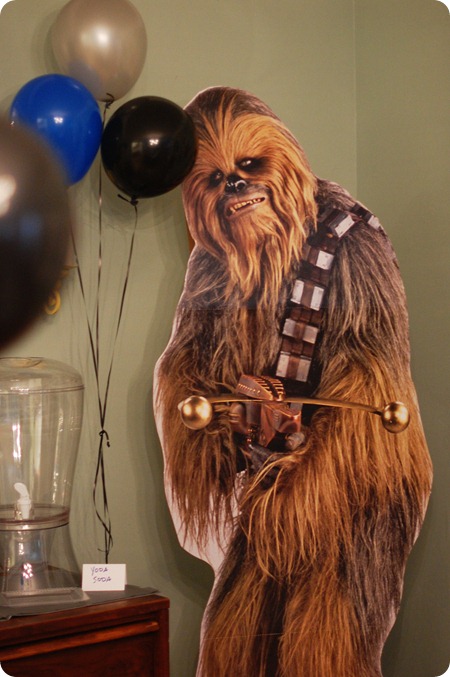 Chewbacca cut out from Amazon.
I meant to get pics of the boys with him, but totally forgot. 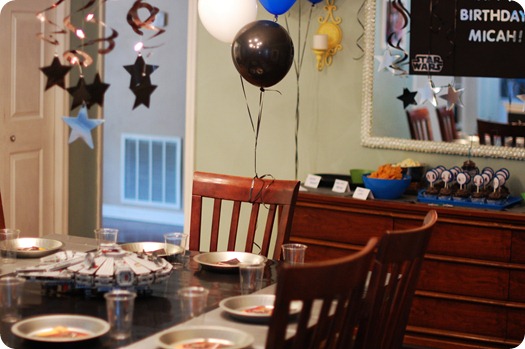 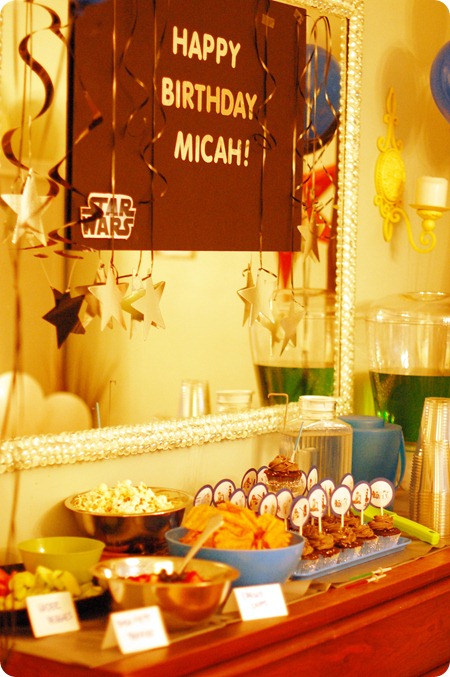 Sorry for the poor lighting on some of these pics.
I was in and out and forgot to change the setting on my camera some of the time.
What a difference to fix your white balance it can be! 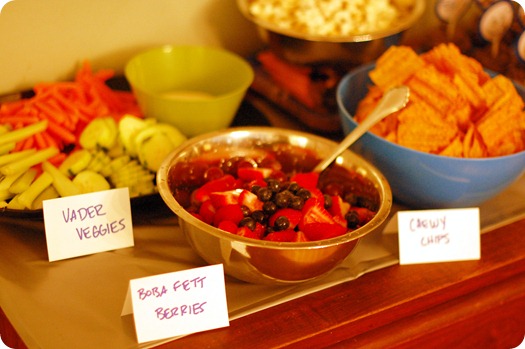 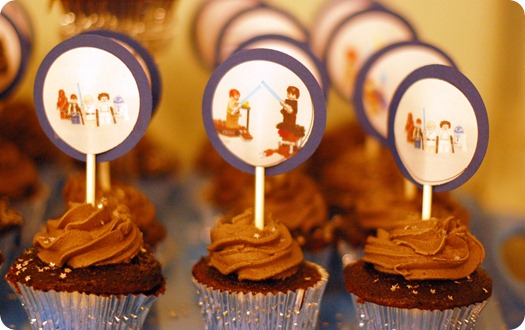 I am SO NOT a cake decorator.
I was tempted to make Micah the 3-tier black fondant cake with lava, etc to put his lego guys battling on top, but thought better of it.
We agreed that setting up battles of lego guys for me to take pics of and then use as cupcake toppers was a better idea.
I did have some cool star shaped silver glitter sprinkles from Hobby Lobby. 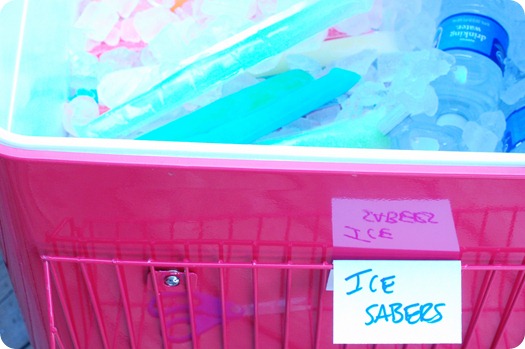 It was the weekend of 106F temps so it was SUPER hot.
I usually plan all our summer bdays on our deck, patio, play area outside, but decided I better not.  Though the boys did want to play outside a bunch too.
So I put food stuff inside, and outside on the deck filled a cooler of ice pops and waters.
Big hit. 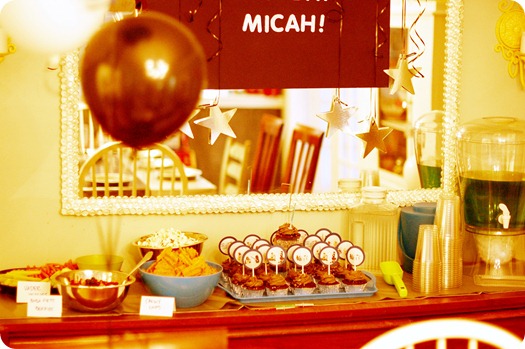 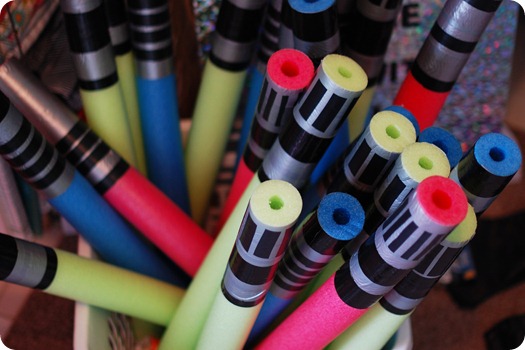 Made the pool noodle light sabers.
Super easy.
Just cut them in half and tape up the bottoms with duct tape and black electrical tape to look like light saber hilts.
You can find lots of these on Pinterest if you need more info. 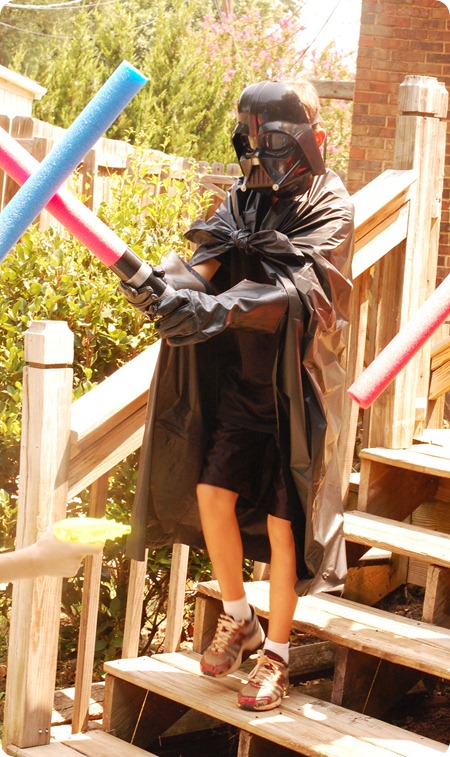 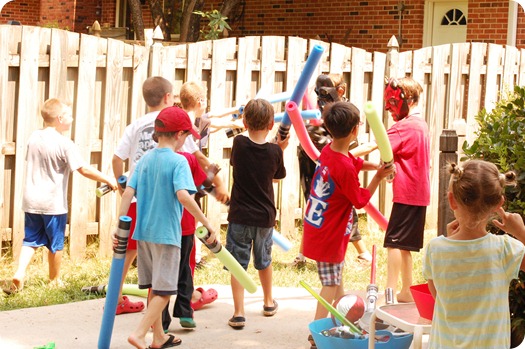 He braved the wrath of all the seven year old padawans. 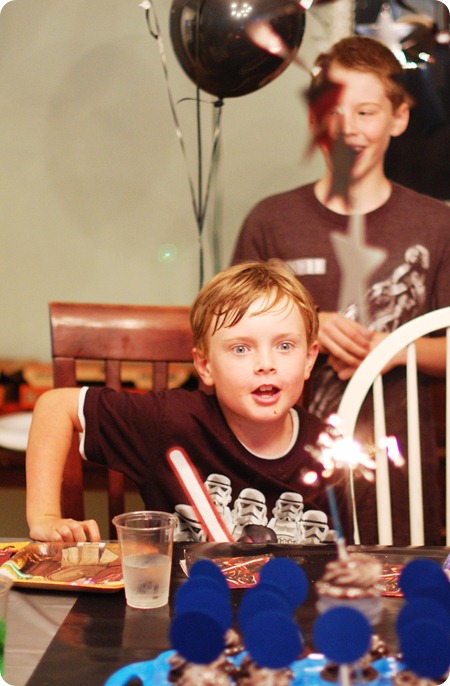 Inside we had lunch and cupcakes.
I got one of those sparkler numbers.
The look on Micah’s face when it was lit was priceless. 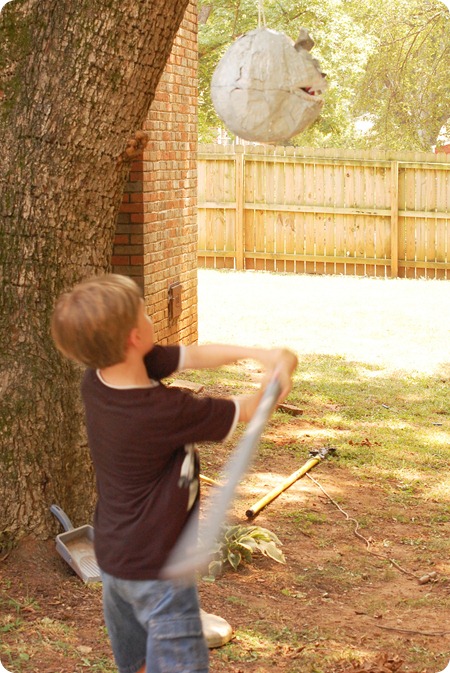 Then we took down the Death Star.
I just got a soccer ball pinata and painted it gray also a la Pinterest. 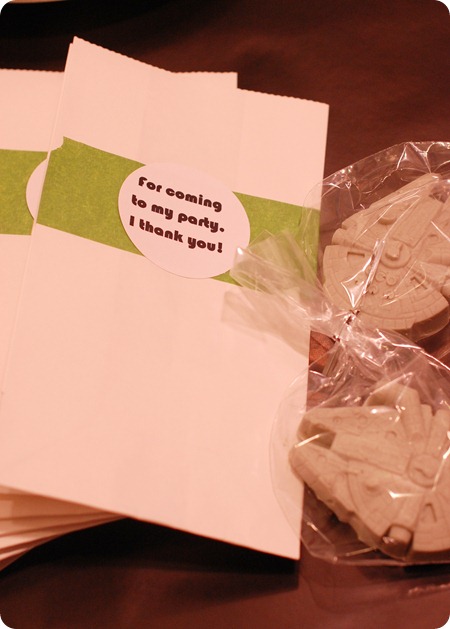 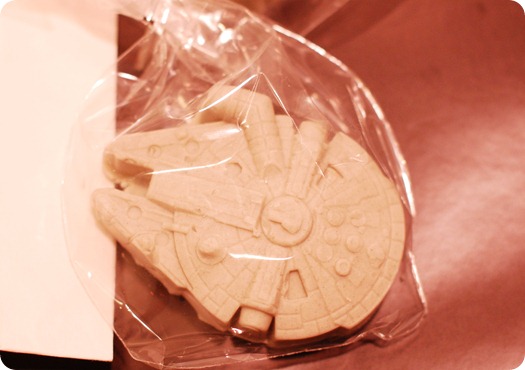 I found the molds for these on Amazon.
Super easy to make and impressive looking.
It was a trade up between these or the Han Solo in carbonite molds.
I just used white melting chocolate and a bit of black gel food coloring to make them gray. 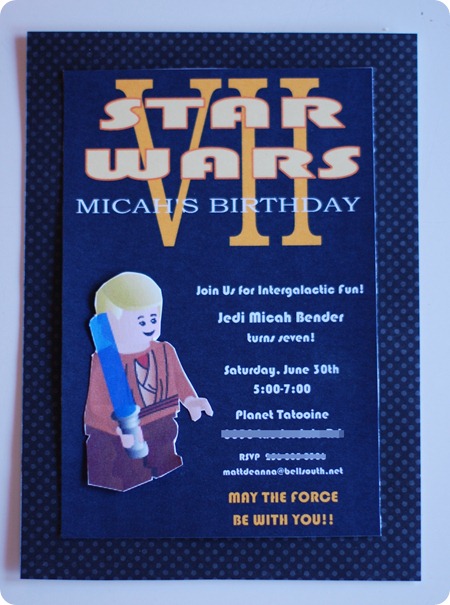 And lastly here were our invitations.
We decided to copy the top of the Staw Wars dvds look for them and then added a Micah looking jedi minifigure.
Made that on this website I’ve talked about in the past.
Posted by Deanna at 7:25 AM

I'm always exited about your birthday posts...they are always full of great ideas!Thanks for sharing!

Me too... I get so thrilled when another birthday rolls around in your house. We are planning a Minnie Mouse Party now. Ever done that one? Love the pie plate idea. I am going to pass that on to a friend who is doing a camping party.

Anonymous, I've never personally done a Minnie Mouse party, but when I start brainstorming a party I always check out Pinterest first...Im sure you'll find many great ideas there! I too ma having a camping themed party next and using those pie pans again! :)

can't wait for the camping themed party!My favorite so far is the farm one!

The party looks awesome! I especially like the life sized chewbacca, what a great decoration. And I love the ice-sabers, clever name.